This first Heather and I have travelled and vacationed together with and without our families for almost 20 years. Shocking, I know, since we look twenty. We did the beach thing… a lot….but the older and more self-sufficient our children became, we’ve started branching out. Waaaaaay out. The below photo is of us on Lake Superior, Agawa Bay, in July of 2016.

Together we’ve been from jacuzzis on Pawleys Island to freezing our tails off on the AT and soon we’ll be on our way out West to the wilds of the Jemez Mountains, Zion National Park and Black Canyon of the Gunnison with ten (Help us all!!).

Last summer with the impending election, Calhoun and I decided to venture to Canada to scope out what all she had to offer. On the day this photo was taken, I knew we would just keep going. We called ourselves explorers. We took our kayaks on cloudy day on Lake Superior to this speck of an island. It was so incredible. Lichen and red algae, and a baby bald eagle. It was a little scary to be honest.

I think once children come into the picture, many of us shut ourselves off to the unknown. For good reason in a lot of cases. I was very much a wild thing in my younger days with little regard to danger or consequence.

Heather and I had to paddle and paddle and paddle to reach that island that turned out to be two islands. It was Lake Superior! Not Lake Chickamauga! Nobody could reach us. There were no people on the island. Just beautiful, foreign, vegetation, a baby bald eagle that almost shat on us and various sizes of animal bones scattered along the rock.

But it was amazing and opened my eyes to trekking outside of my comfort zone more often. Not only that, but taking my children with me. Heather and I both wished SO much that they could have made the paddle out there with us. I mean, don’t get me wrong, it was quiet there….hahaha I’ll upload more pictures later on, but below are a few. Lake Superior is amazing. The hiking is, as well. 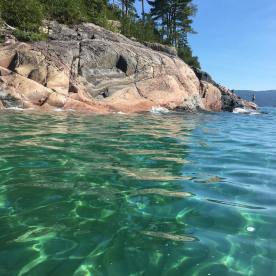 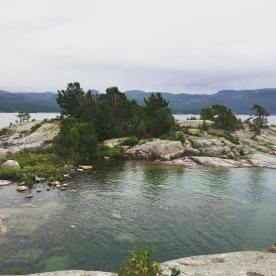 Our Island on Lake Superior 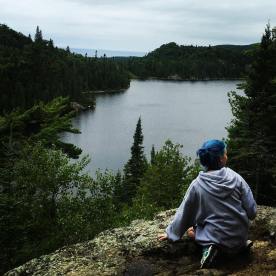 For our spring break 2017, McClendon, our friend, Tracie and I (along with a husband or two) took ten kids from Wayah Gap to Tellico Gap on the North Carolina section of the Appalachian Trail. The planning and execution of this was extensive and complicated and absolutely worth it all. Again, more later, but here are a few pictures. 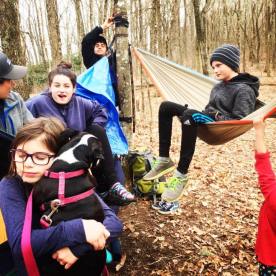 Why the hipster hikers left 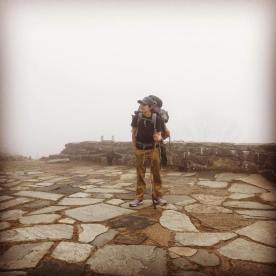 Finn in the fog atop Wayah Bald 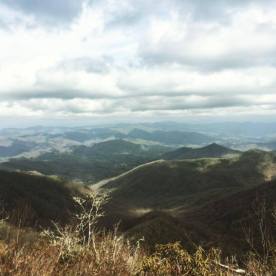 UP NEXT: New Mexico, Utah, Colorado. Three moms. Ten kids. Not enough wine in the world.....

LOCALLY: I want to check out The Fiery Gizzard Trail on Monteagle.

READING Ann-Marie: (1.) 13 Reasons Why by Jay Asher (2.) Running With the Mind of Meditation by Sakyong Mipham